A lot of visitors to St. Louis may catch a Cardinals game, take in the world-class zoo, or ride to the top of the St. Louis Arch. But after Andrew took a look at the history of St. Louis in some recent programs, we decided to delve a little deeper and bring you some of the best spots for history buffs to visit in The Gateway to the West. 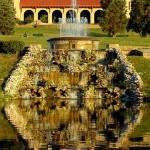 You’d never know it to look now, but the vast expanse of green in St. Louis was a bustling city for a while in 1904. Forest Park was home to the 1904 World’s Fair, which included 12 temporary exhibition palaces and one permanent building known collectively as the “Ivory City.” Today, you can still see that permanent structure when you visit the St. Louis Art Museum, which it houses. Park volunteers even lead visitors on a “Then and Now” tour that takes a look at some of the park’s extensive history. And Civil War buffs will find several statues and memorials of interest to them, as well. 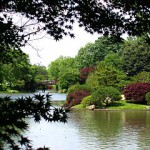 Missouri Botanical Garden
The Botanical Garden is an oasis in the city, and is one of the oldest botanical institutions in the United States. History buffs will also be interested to know that it’s a National Historic Landmark. The garden was established in 1859, and covers nearly 80 acres within St. Louis. It includes a wide variety of gardens — including a recreation of an English Woodland Garden, and a Japanese Garden with lawns and a walking path around a central lake. Its Climatron dome also houses a simulated rainforest. 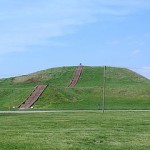 Before the great city of St. Louis sprang up — even before Columbus the Americas — another great city dominated the Midwest. Today, visitors can see what’s left of that city and learn about its history at the Cahokia Mounds State Historic Site, just across the Mississippi River from St. Louis in Illinois. Archaeologists believe Cahokia was actually larger than London in 1250, and was the biggest city in the Americas north of Mexico. Today, you can learn about the impressive infrastructure that helped make such a large city possible, and find out more about the people who lived there. 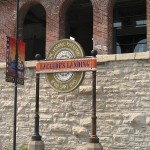 Laclede’s Landing
St. Louis locals know Laclede’s Landing primarily as a home for the city’s nightlife. But during the day, when the area is less crowded, the brick-paved streets tell the story of St. Louis history. French merchant Pierre Laclede Leguest landed in the area as he looked for a spot to build a trading post in 1763. That trading post eventually grew into the city of St. Louis. Today, history buffs can use their smartphones to follow along with a free walking tour that points out historical and architectural highlights of the area. 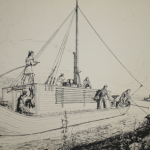 The St. Louis Arch gets the glory, but what’s underneath it may be even cooler. The museum beneath the Arch, operated by the National Park Service, examines the history of St. Louis as a “Gateway to the West.” That includes a look at the westward expansion that began in earnest with the Louisiana Purchase and the expedition of Lewis and Clark. For those interested in that world-changing journey, there may be no better place to soak it all in. 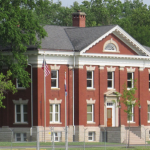 Missouri Civil War Museum
One of the newest attractions in St. Louis is a Civil War historian’s dream. It’s the Missouri Civil War Museum, located in Historic Jefferson Barracks, the oldest active military installation west of the Mississippi. Both Ulysses S. Grant and Robert E. Lee trained there, making it an ideal home for a museum that examines and honors the men who fought the Civil War. The museum focuses on Missouri’s unique role in the war, as a central battleground over the political question of slavery that helped fuel the war. 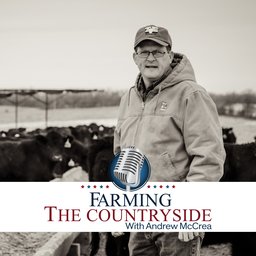